Mr Build ConstructionBlogConstructionBathroom Remodeling or Redecorating, Which Are You Really Doing? 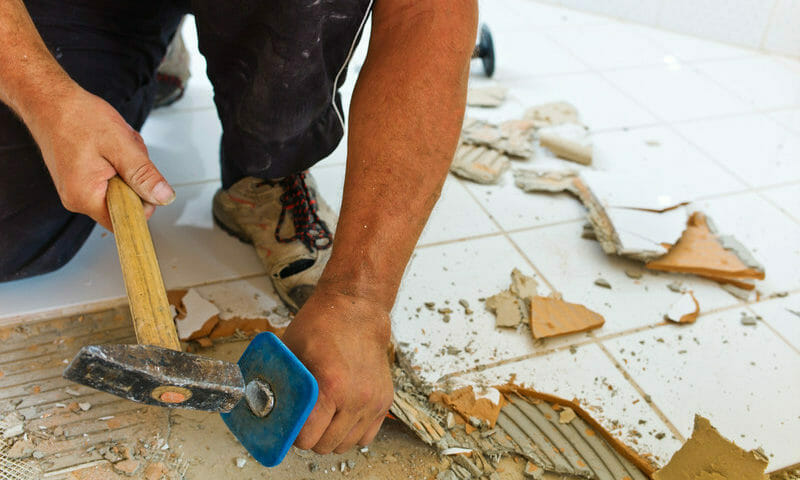 Bathroom Remodeling or Redecorating, Which Are You Really Doing?

We get a lot of customers who are unsure whether they should go for a full-scale remodel or redecorating of their bathroom. Often they are unsure what their needs are; they know they want something done but scope of work is often quite fuzzy in their minds. Our best experience tells us that the solution to the dilemma lies in knowing the difference between a remodel and redecorating. The difference, often, means lots of work and lots of money. Let’s clear things up below.

Remodeling vs Redecorating
Bathroom remodeling is quite like what it sounds like. It’s the altering in a significant way, the way an area is modeled. In the case of a bathroom this process is quite extensive and involves often, replacing not just fixtures and fittings, but altering the layout of the bathroom itself. A full scale remodeling often will involve removing the toilet, bathroom counter, shower or bath base and completely re-positioning them. Given the practical implications of shifting these things about, the task can and should be well thought out. Take the counter for instance. This bathroom fixture is such a large and permanent part of layout that moving it around could involve making major structural changes. When the counter is set in place with lots of attachments like mirrors, moving them about can be quite a technical and expensive task. Toilets too can pose a problem. Often these will be strategically placed and out of the way of the door. Once the positioning is determined it can be a logistical nightmare getting in some other place. This is why many bathroom remodels are done around the toilet – keeping it in place just makes practical sense. (Check out some of our Irvine bathroom remodel projects).

Remodeling also has another practical implication, the positioning of plumbing. A bath that is setup to accommodate the native plumbing of a house cannot be easily moved without expensive reorientation. New piping may need to be laid and this can often affect plumbing that is outside of the bathroom itself. Any rerouting of pipes will potentially have a knock-on effect of neighboring areas and is an important consideration when approaching remodeling of bathroom. These significant alterations therefore offer some structural sense of what is needed in a remodeling project. The other cosmetic elements of the remodeling process are important, but in the main it’s these structural changes that set remodeling apart.

Redecorating on the other hand is almost always purely cosmetic. A typical redecorating project might involve repainting the bathroom a different color, updating the wood trim or panels, all the way to changing lighting fixtures. The emphasis here is always light, as opposed to structural changes. This is not to say that redecorating a bathroom doesn’t involve moving things around; often it does. It’s the scope of the movement that sets it apart from the more extensive process of remodeling.

There is also a mental dimension to the redecorating process. This unfolds itself in terms of expectations and the finished product. It’s not uncommon for a homeowner to undertake a redecorating project only to feel no sense of change once the whole thing is done. This happens for several reasons, but the chief among them is that updating color and other cosmetic elements, often doesn’t do enough to jolt the senses into believing something has “really changed”. As soon as the novelty of new paint or new knobs wear off the homeowner realizes that the bathroom is still fundamentally the same. The end result is disappointment. To fix this, then, it is important that homeowners go into the bathroom and have a clear sense of what they want to achieve. A conscious decision to redecorate or remodel based on the illustrations above will help avoid the let-down described.