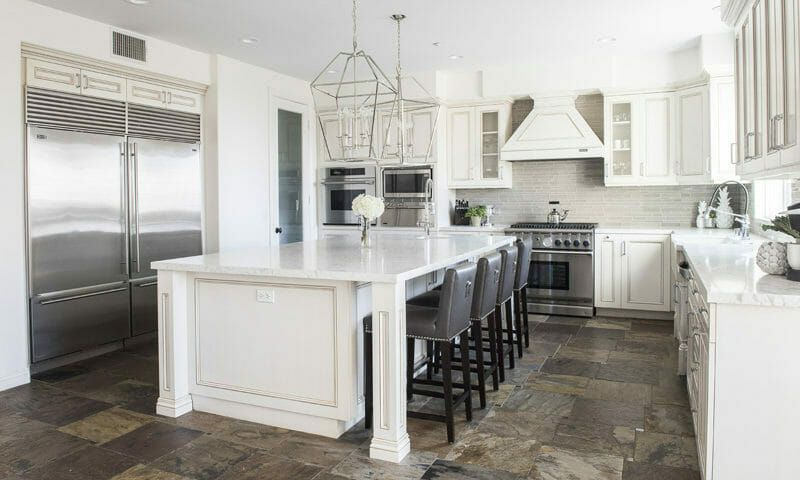 Remodeling a kitchen can be a big undertaking and the process from start to completion can pose problems for a homeowner uninformed or unprepared. Often the biggest issues are related to design, layout, and the choice of fixtures and appliances. We hope to show the right way to achieve a functional and modern kitchen so that any remodeling project can work out wonderfully.

It All Starts With Design
Think of design as the scaffolding for creating a functionally remodeled kitchen. Get the design wrong and all the thinking in the world won’t help to create that functional look and feel in the kitchen. The two choices here are traditional vs modern. The traditional design layout was based on the triangle. Three sides of the kitchen were devoted to the work-activities found in the typical kitchen.

The difficulty with this sort of design layout is that it was very limited in terms of functionality. The modern kitchen takes into account the various additions to modern life. As such, the new design for kitchens is activity based. Areas are designated based on the function of kitchen components as opposed to the old way of organizing by how the user worked in the kitchen.

Accidents are minimized and the whole family can access the kitchen area with a greater sense of where things are located. Once this design consideration is settled, the next important phases of kitchen remodeling can take the stage.

Fixtures and Appliances
No kitchen can call itself a kitchen unless it has the functional things found inside the kitchen. This means appliances and fixtures, the elements that bring a kitchen to life. The two big appliances that most modern kitchens have are the stove and refrigerator. In the activity-based setting these have their own strategic placement to provide for maximum functionality and comfort.

Stovetops in the old design were part of the entire cooking apparatus; this meant that the oven was attached to the stovetop. The modern layout separates them, placing ovens in the base of cabinetry whilst at the same time allowing homeowners to freely locate their stovetops to suit their activity based layouts. 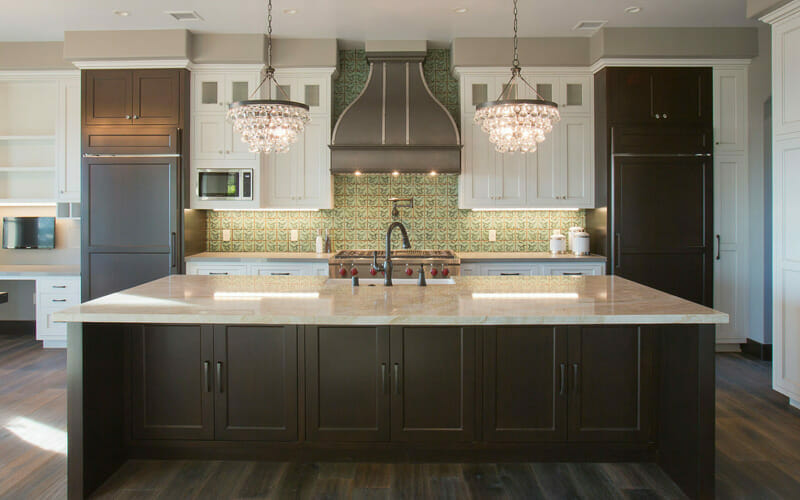 Functional Doesn’t Mean Appeal Has to Suffer
Getting the functional aspects sorted in a remodeled kitchen is of course top priority. But this doesn’t have to come at the expense of some appeal and attractiveness to the eye and sensibilities. The kitchen, after all, is an area heavily used; an ugly kitchen can do as much damage to the spirit as poorly arranged appliances or design layout.

In this regard, a kitchen remodeling contractor should consider the aesthetic qualities necessary to giving a kitchen pop. For counters, there is the choice of stone with all the natural beauty and artistic elements that come with stone counters.

Marble counters are a favorite no matter the design layout. Ceilings, though out of sight most of the time, need not be ignored. Tile-like décor can be added to ceilings with an added touch of ornate designs to reflect the same antique textures found on ground furniture and floors.

The color of ceilings can also be elevated with subtle, calming colors. Cabinets loom large inside a kitchen and so there too the artistic and beauty elements can be elevated. Knobs can be given their character with a mix of metal or wood.

The modern trend is to set knobs and cabinet pulls in stark contrast to the cabinets themselves. This allows cabinets to stand out with a character all their own. These and other ways of adding beauty to a remodeled kitchen, help carry not just the function, but the appeal needed in the modern kitchen.